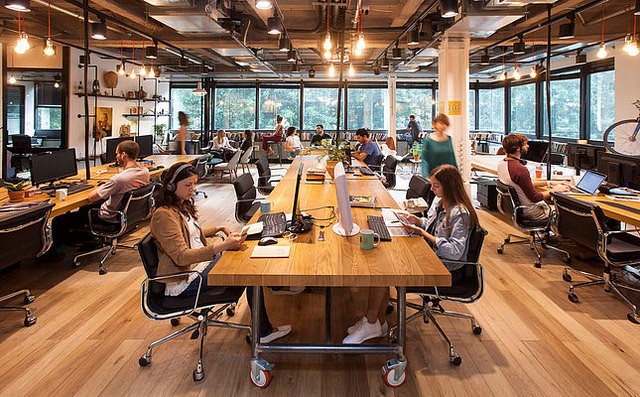 Comfortable working conditions are a guarantee of productivity and creativity of employees. USA technology companies realized the loyalty of this postulate earlier than others. That’s why, such giants as Enterprise, which is the top American car rental brand, as well as Google, Amazon, or NVidia IT-companies are leaders in their respective industries.

In this publication, we will show you where employees of both global brands and less well-known technology companies based in San Francisco work…

Automattic, which is the parent company of WordPress, is the largest open source platform for creating websites and blogs. It’s located in San Francisco, has a staff of 390+ employees in 25+ countries, most of which work remotely. For a new office, it repaired a warehouse that had previously been occupied by a martial arts studio. 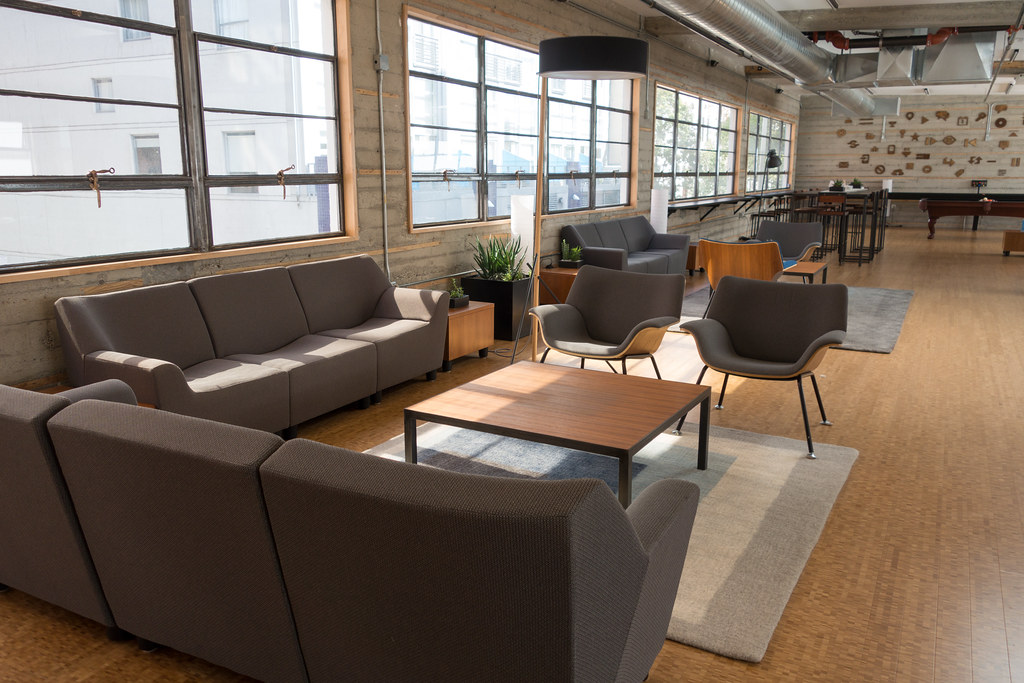 Since the company’s employees are scattered around the world, but sometimes they gather for joint events, the designers’ task was to create a comfortable space for 15-20 people, which, if necessary, can accommodate hundreds of developers.

In the process of repair, they tried to preserve the clarity and simplicity of the existing structure of the former warehouse. The plywood wall performs several functions at once – serves as a kind of conductor through the open space, isolating several private zones along the way, and performing the role of a shelf in the library.

Meltwater is a social media user content monitoring service that serves to assess brand attitudes on the part of users. In 2001, the modest Norwegian company rented a small room with used furniture. Now it has 57 offices around the world and is headquartered in the USA. 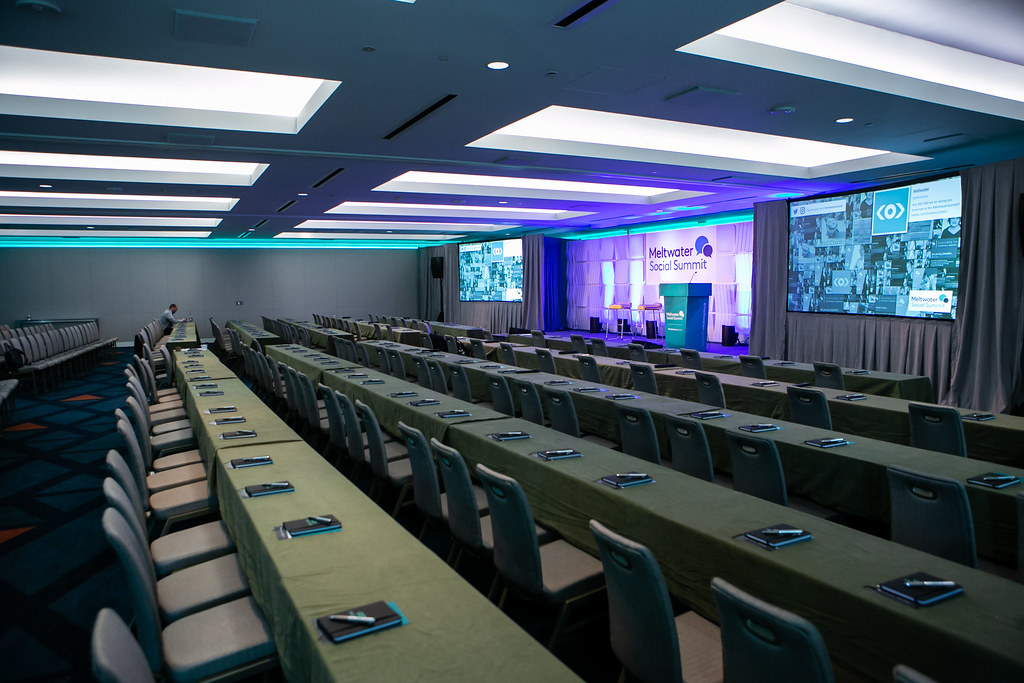 Its design combines Scandinavian motifs with the industrial style of San Francisco. Designers tried to show the name of the company and nostalgia for Norway, filling the interior with the views of the Norwegian river, which flows through different natural zones – mountains, valleysand farmlands. For example, the lamps symbolize the snow caps of the mountains along the way.

Long ago this building served as a church, disco and printing house, and now Atlassian – the developer of a popular bug tracker and its more than 150 employees are accommodated there. 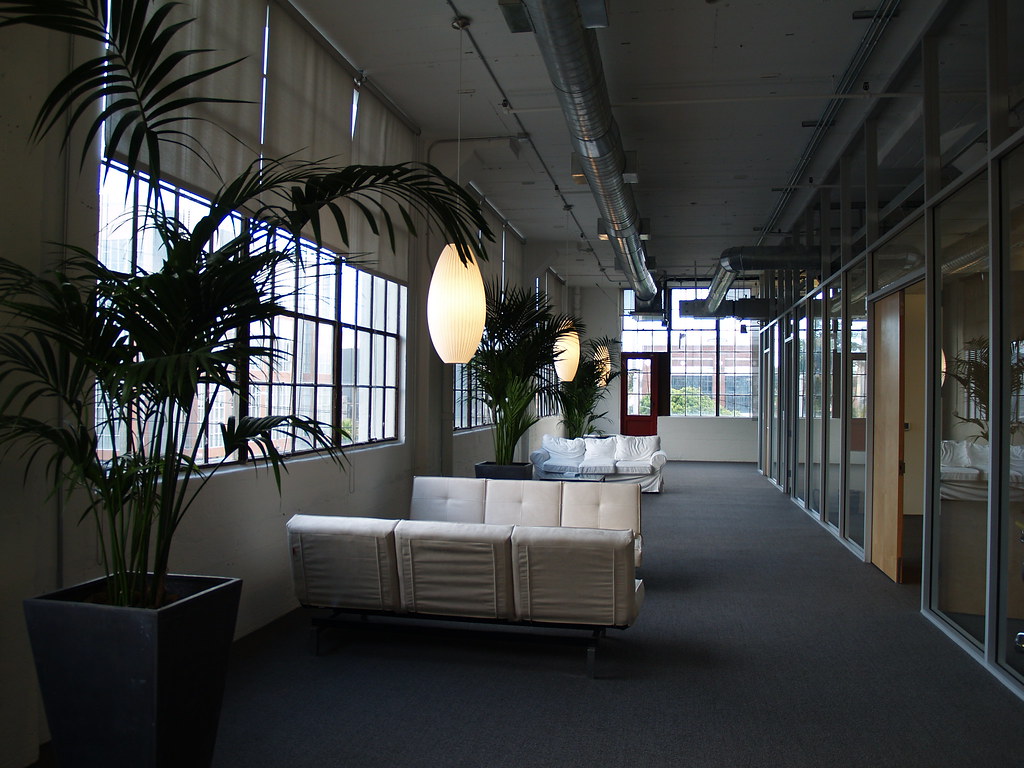 Designers have created office space around the “central city square” with lanterns, where the most interesting things happen. As planned, these vast open spaces should encourage what Steve Jobs called collaboration. At the same time, there are secluded places – for example, 11 Skype-cabins, where you can work, make calls or negotiate in silence.

Box is one of the pioneers in online user data storage. Its offices are located on the 13th and 26th floors of the building. Designers wanted to pay tribute to Box’s energetic corporate culture, but given that the 26th floor will more than once become a serious briefing center. One of the bright and eye-catching elements of the interior is the glowing blue corridor. 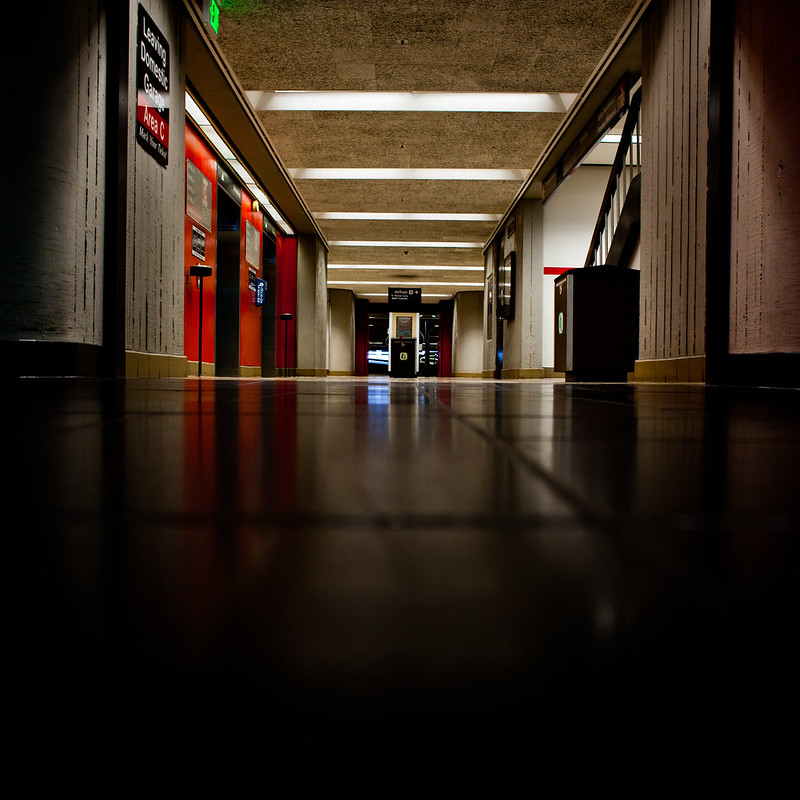 The team of Capital One Labs, which is the developer of the mobile bank system, didn’t want to have anything in common with the strict banking color palette and was ready to quickly agree to bright pink or canary yellow accents. 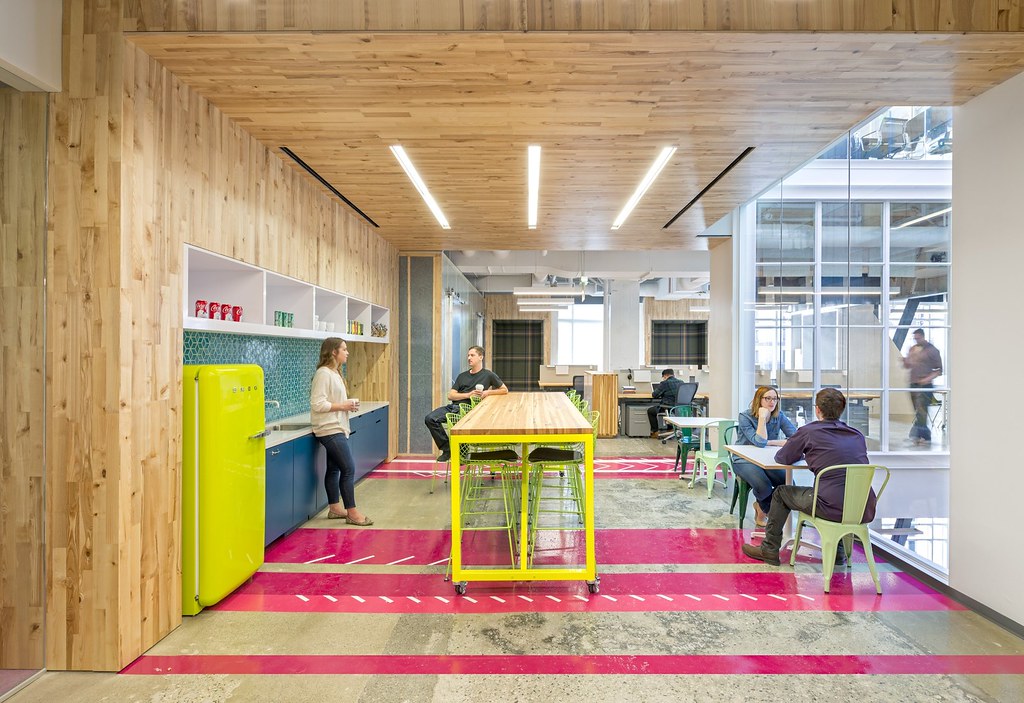 Since studio employees often participate in grueling brain storms that linger for a day or two, the designers abandoned the traditional couch in favor of a berth in the “hollow on a tree”, which can be reached by a ladder.

This office was ready in 5 weeks as a temporary shelter for the fast-growing company called the Batch, which will soon move for sure. This is a creator of a tool that allows mobile developers to interact with users via push notifications. It looks like an apartment and is really homely cozy. Sails in the chill-out area are a brilliant solution that allows protecting from direct sunlight and gently distributing the sunlight in the room. 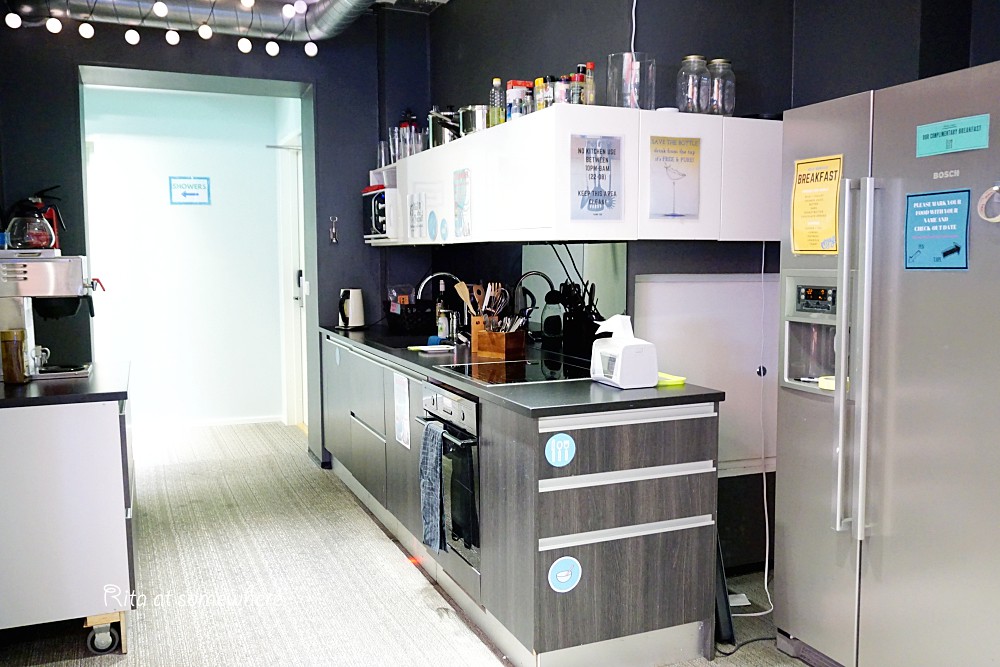 Giant Pixel is a startup studio that turns good business ideas into successful companies. It’s quite small and includes 20+ employees with big ambitions. For their first headquarters, the guys purchased the former printing house in the area, which is famous for its creative approach to the reconstruction of old buildings. 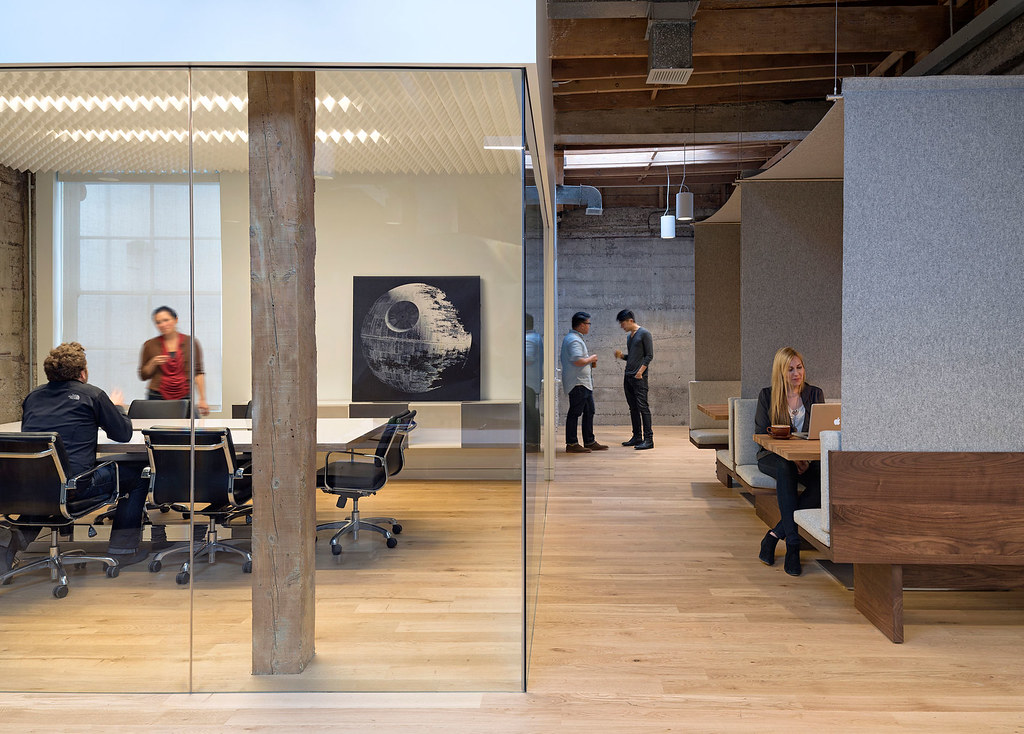 The major challenge of the designers was to think about an interesting combination of industrial and medieval styles, and the most vivid example of this fusion in the office of the Giant Pixel is a hanging fireplace and chimney. At the entrance to the office – there’s a partition from a sheet of perforated steel with a pixel pattern, and in the basement – a lounge bar with excellent whiskey and video games based on Star Wars, personally selected by the company’s founders. 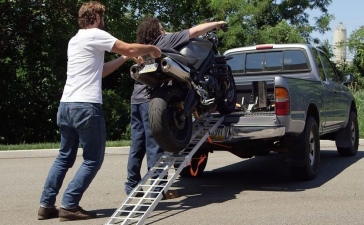