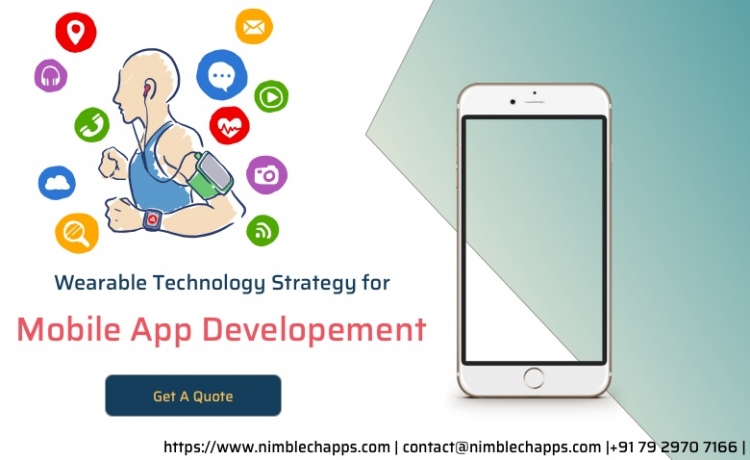 In the past two to three years, the wearable tech market has shown immense growth and development. The wearable tech market has already reached about $1.2 billion and is expected to reach almost $20 billion by the end of 2018. There is a variety of smart wearable devices out there already like the Google Glass, Fitbit, and Apple iWatch and experts are speculating that after a while these devices will be consumed in the way we use clothes. Wearables are expected to be mainstream.

The wearable tech market is basically driven by two key segments which are multimedia and multifunctional devices and the wearable market spans several different categories like health & fitness, sports, business etc. Wearable technology tends to also be very compatible cross platform and with many other devices. The future of wearable technology is not just bright but extremely profitable. for brands and app developers. With more and more wearable tech hitting the market, it is slowly influencing the dynamics of mobile app development.

Here are some important changes that we are expected to see.

The user interface on the device is expected to showcase only the information that is really required. This will also influence the way the wearables have been receiving notifications. Wearable notifications will become much more concise.

The screen size of the wearables are expected to change, this means that will be able to see more user-friendly interfaces. This is an important aspect and all mobile developers must take a deeper look into it.

Wearable app developers will be working harder in order to make these apps even more responsive so that they are made more interactive to commands. Users would probably detest any app that is slow because if that happens, they might as well access the app on their traditional smartphones. So this only means that the apps that will be developed will have a better overall computing ability.

Battery issues are the most critical aspects these days. Users love devices that do not require too much charging and for the app developers will have to build apps that do not consume too much battery power. So this is one fact that has to be kept in mind while developing the mobile applications for wearable tech.

Having wearable apps that allow you to interact with them with just a hand gesture or a voice command is a great thing. This aspect would prove to be a game changer for not just the wearable tech market but also the mobile app development market.

Biometrics and semantic-based software must be integrated into the app. This software will help the app track the motions and interpret the emotions. This software will allow developers to innovate new ways of development and develop gesture detection enabled apps.

The core programming language for iOS wearable app development will remain Objective-C, while Android app development will mainly be done using Java. Google gave out a sneak peek for the upcoming SDK for Glass. Apple is said to be building a platform of its own in order to develop apps for wearable devices.

What These Changes Mean For Your Business?

It is extremely important to understand how the audience is going to use the mobile app. Think of all the features that the user will find helpful while he is running around. The wearable devices will be with the users more than their smartphones. Any notifications on a mobile device will be seen as useless. This will help in making the wearables even more accessible than the mobile phones and the use of wearables will also increase.

Figure out all the core components of your wearable app. Tweak your app as much as possible in order for it to fit only the bare essentials. Having only the essential elements on the watch will not clutter the interface and the overall interactive will be easier which will improve the interface and interaction.

Think of all the areas that would contribute to the growth and advancement of the app and the wearable technology. If you manage to do this, it will be easier for you and your brand to earn a competitive edge in the industry. Thinking about the growth will push you towards thinking in a new direction with rather creative ideas and inputs which will only make the watch better.

One thing that we understand from this article is that brands and developers need to invest as much as possible in smart products. App developers will have to start building more apps for devices that people wear and continue to develop them in every possible way.  If you’re ready to begin developing a wearable app that will engage your target audience both today and in the future, Reach out to us at Nimblechapps today  or drop a mail at [email protected] if you want to share something.

What Food to Serve for Business Lunch: TOP 6 Genius Ideas!

the authorRoma K
Roma Kapadiya is an SEO & Research Analyst at Nimblechapps, an experienced mobile app development company based in India. She has a very detailed knowledge of the mobile app industry. She has a knack to understand client needs and always keep exploring new things in the emerging IT field. You can follow her on Facebook and Twitter.
All posts byRoma K
Leave a reply